In a combined Spending Review and Autumn Statement on 25th November 2015, the Chancellor, George Osborne, made a range of tax-related announcements.  The main ones ones are summarised below: 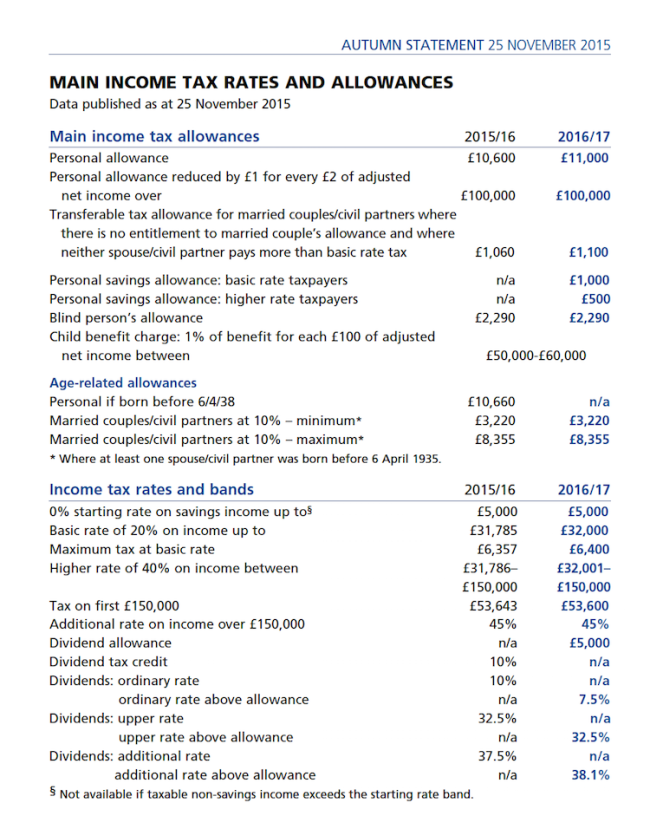 More information can be found on HMRC’s website by clicking here and on Canada Life’s Autumn Statement summary document.

We use cookies to ensure that we give you the best experience on our website. If you continue to use this site we will assume that you are happy with it.OkRead more